Extremely thorough review of the literature

I have read hundreds of articles and book chapters on adult attachment but never have I found such a thorough review of the literature. This is by far the best researchbased attachment book Ive come ... Read full review

Mario Mikulincer, PhD, received his doctorate in psychology from Bar-Ilan University, Ramat Gan, Israel, in 1985, and was Professor of Psychology there until 1992. In 2007, he established the Interdisciplinary Center (IDC) in Herzliya, Israel, and now serves as Dean of the New School of Psychology. He has published more than 220 articles and book chapters and two books, Human Learned Helplessness: A Coping Perspective (1994) and Prosocial Motives, Emotions, and Behavior: The Better Angels of Our Nature (2009), coauthored with Phillip R. Shaver. Dr. Mikulincer's research interests include attachment styles in adulthood, terror management theory, personality processes in interpersonal relationships, evolutionary psychology, and trauma and posttraumatic processes. He currently serves on the editorial boards of several academic journals and as associate editor of Personal Relationships and the Journal of Personality and Social Psychology. In 2004 he received the EMET Prize in Social Science, sponsored by the A. M. N. Foundation for the Advancement of Science, Art, and Culture in Israel, awarded by Prime Minister Ariel Sharon, for Dr. Mikulincer's contribution to psychology.

Phillip R. Shaver, PhD, is Distinguished Professor of Psychology at the University of California, Davis. He is associate editor of Attachment and Human Development and a member of the editorial boards of several other journals. His books include Measures of Personality and Social Psychological Attitudes (1991) and Handbook of Attachment: Theory, Research, and Clinical Applications (1999), and he has also published more than 175 articles and book chapters. Dr. Shaver?s research focuses on emotions, close relationships, and personality development, viewed from the perspective of attachment theory. He has made notable contributions to the literatures on human emotions, close relationships, and psychology of religion. In 2002 he received a Distinguished Career Award from the International Association for Relationship Research, and in 2006 he was elected President of that organization.˙ 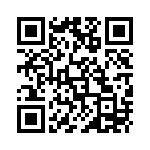