#25 "He's no superhero. He's a supervillain!" Skipper is a huge comic book nerd. His most favorite comic to read is one called The Masked Mutant which is about a supervillain out to gain control the ... „°Ó ±„ķ°õ ŅņÓõ

Wasn't sure if this would be too much for my five year old, but overall he wasn't scared at all. There was one point when the suspense really builds that he felt a little scared, but he wanted to ... „°Ó ±„ķ°õ ŅņÓõ

R. L. Stine was born in Columbus Ohio on October 8, 1943. He graduated from Ohio State University in 1965. Under the name Jovial Bob Stine, he wrote dozens of joke books and humor books for kids including How to Be Funny, 101 Silly Monster Jokes, and Bozos on Patrol. He also created Bananas, a zany humor magazine which he worked on for ten years. His first teen horror novel, Blind Date, was published in 1986 under the name R. L. Stine. His other works include Beach House, Hit and Run, The Babysitter, The Girlfriend, the Goosebumps series, and the Fear Street series. He also wrote an adult novel entitled Superstitious.

Melinda Metz received a bachelor's degree in English from San Jose State University. Before becoming a full-time writer, she worked as an editor. Her first writing job was to write a novelization of an episode of the Goosebumps TV show. Not long after, she was hired to write the Roswell High book series, which became the television series Roswell. She is also the author of the Fingerprints series. She often teams up with author Laura J. Burns. Together they have written the vampire novel Crave and the Everwood series, which is based on a television show by the same name. 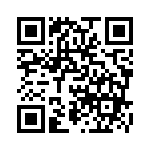