This is a fascinating look at the development of television in America combined with the rise of Donald Trump from "businessman" to "reality TV star" to president. The author makes the argument that ... Read full review

Audience of One: Donald Trump, Television, and the Fracturing of America

In his first book, New York Times chief television critic Poniewozik turns his eye to an exploration of Donald Trump's symbiotic relationship with television, including how it became an essential part ... Read full review

James Poniewozik has been the chief television critic of the New York Times since 2015. He was previously the television and media critic for Time magazine and media columnist for Salon. He lives in Brooklyn. 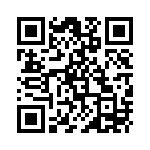