The portrayal of African Americans by the advertising industry has been at best stereotypic and two-dimensional and at worst demeaning or nonexistent. Kern-Foxworth (journalism, Texas A&M Univ ... Read full review

MARILYN KERN-FOXWORTH is Associate Professor in the Department of Journalism at Texas A&M University. In Spring 1994, she was the Garth C. Reeves Endowed Chair at Florida A&M University Department of Journalism, Media, and Graphic Arts. She is the first African-American to receive a Ph.D. with a concentration in advertising. An accomplished, award-winning scholar, in 1993 she became the first person of color to receive the Kreighbaum Under-40 Award from the Association for Education in Journalism and Mass Communication for outstanding performance in teaching, research, and public service. In 1981, she received a Kizzy Award from the Black Women Hall of Fame Foundation and was cited as one of 12 outstanding African-American women in America, and in 1993, she was one of several African-American women honored nationwide by the consortium of Doctors, Ltd. for her accomplishments as mass media trailblazer and pioneer. 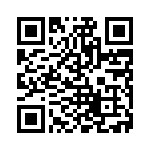