My reading of this well researched book, filled out the stories that my parents and WW2 vets had mentioned over many years. A very valuable contribution to Australia's history. It should be essential reading in Australian Universities. There are too many in our country so biased that they want to hide the real and ugly side of the history of some of our trade unions. Just the economic cost alone has been enormous. More power to investigative jounalism.

Unfortunately I have not read this book yet, but I know it is based on truth as my mother who experienced the war years as a young woman, told me what the unions did to the Australian soldiers during the war. Her dislike of the unions was due to this episode. I read Mike Carlton's rebuttal, he said it was all lies, but no it was true. Ask the people who were living through the war, they will tell you it happened.

Hal G.P. Colebatch has a PhD in Political Science and BA Honours and MA degrees in History/Politics from the Uni¬versity of Western Australia. He is also a lawyer with BJuris and LLB degrees, and has lectured part-time in International Law at Edith Cowan and Notre Dame universities in Western Australia. He acted as solicitor for a major trade union for several years. He has had a number of books published in areas ranging from biography to political economy, and including seven volumes of poetry and fifteen works of fiction. His study of contemporary British politics and society, Blair’s Britain, was selected in the English Spectator as among the books of the year for 1999. He has had a series of novels published by Baen Books in the US, and many hundreds of articles in national and international publications, including the Australian, American Spectator Online, Quadrant, Australian Financial Review and Times Literary Supplement. 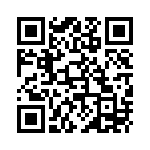