Kathleen Ashley, Leigh Gilmore, and Gerald Peters are all professors of English at the University of Southern Maine. 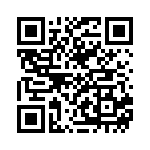