Called "one of the innovators of the short short story" by Publishers Weekly , Peter Cherches is a writer, singer and lyricist. Over the past 40 years his writing, both fiction and nonfiction, has appeared in dozens of magazines, anthologies and websites. His first recording as a jazz vocalist, Mercerized! Songs of Johnny Mercer , was released in 2016. He is the author of three previous prose collections, including LIFT YOUR RIGHT ARM (Pelekinesis, 2013) and AUTOBIOGRAPHY WITHOUT WORDS (Pelekinesis, 2017). Cherches is a native of Brooklyn, New York. 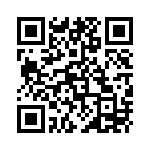