The content is difficult, but so important. I don't know how people who are doing research like this don't end up either terribly angry or terribly defeated about what we're doing to our fellow humans. Read full review

Happy day after labor day. If you’re sitting at a desk in your office, there’s a chance it was made by someone making two dollars an hour or less. Much less. Of course, maybe you don’t have an office ... Read full review

Virginia Eubanks is an Associate Professor of Political Science at the University at Albany, SUNY. She is the author of Digital Dead End: Fighting for Social Justice in the Information Age and co-editor, with Alethia Jones, of Ain't Gonna Let Nobody Turn Me Around: Forty Years of Movement Building with Barbara Smith. Her writing about technology and social justice has appeared in Scientific American, The Nation, Harper's, and Wired. For two decades, Eubanks has worked in community technology and economic justice movements. She lives in Troy, NY. 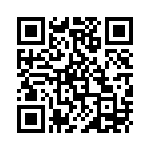