Butler's book is almost 15 years old, but it remains unsurpassed, particularly as an account of the revivalist spirit of the mid-nineteenth century. He places that spirit in the context of its (mostly ... Read full review

Awash in a sea of faith: Christianizing the American people

Butler's fine scholarly summary of the first three centuries of Christian experience in America is both well researched and very readable. Butler ranges widely, showing how the elitist Christianity of ... Read full review

Jon Butler is Howard R. Lamar Emeritus Professor of American Studies, History, and Religious Studies at Yale University and Research Professor of History at the University of Minnesota. His books include the Los Angeles Times bestseller Becoming America and the prizewinning Awash in a Sea of Faith and The Huguenots in America. He is a past president of the Organization of American Historians. 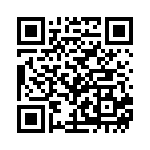