Here is another one of those books that I put in the category as a tell all, shameless commercial exploitation. The author worked for the government during the bailouts so he decided to write a book ... Read full review

The ultimate insider account of what exactly happened during the much vaunted 'bailout' of major financial institutions. Barofsky was appointed as a watchdog of the government agency that distributed funds; Neil's account of what happened is at once hilarious, sobering, and infuriating. Read full review

Neil Barofsky served as the Special Inspector General in charge of overseeing TARP from December 2008 until March 2011. For eight years prior, he was a federal prosecutor in the US Attorney’s Office for the Southern District of New York, during which time he headed the Mortgage Fraud Group. Currently, Neil Barofsky is a senior fellow at New York University School of Law. An alum of the University of Pennsylvania and the New York University School of Law, this is his first book. 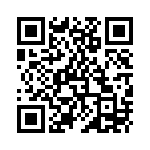