This is not a true biography of Stanwyck but focuses on her film with some biographical information included. The films are not presented in sequence but categorized in groups such as the Capra films ... Read full review 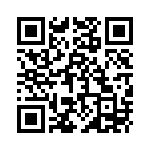