Cassandra Jackson is Assistant Professor of the College of New Jersey. 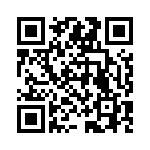