Joshua Chan is Professor of Economics at Purdue University, Indiana. He is interested in building flexible models for large datasets and developing efficient estimation methods. His favorite applications include trend inflation estimation and macroeconomic forecasting. He has co-authored the textbook Statistical Modeling and Computation (2013).

Justin L. Tobias is Professor and Head of the Economics Department at Purdue University, Indiana. He received his Ph.D. from the University of Chicago in 1999 and has contributed to and served as an Associate Editor for several leading econometrics journals, including the Journal of Applied Econometrics and the Journal of Business and Economic Statistics. His work focuses primarily on the development and application of Bayesian microeconometric methods. 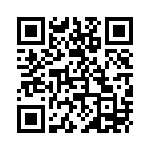