The author begins the book discussing her childhood growing up as a Christian in Lebanon up until her town was attacked by muslims. Not just the land was destroyed, but her way of life as well as the ... Read full review

Ms Gabriel is a journalist who was an anchor for World News who grew up in war torn Lebanon during the war in 1975. She is an Arab Christian. She is passionate to tell the message that United States ... Read full review

Brigitte Gabriel is a journalist and news producer who started her career as an anchor for World News, an evening Arabic news broadcast throughout the Middle East, for which she reported on critical events in the Middle East, such as the Israeli security zone in Lebanon and the Palestinian uprising in the West Bank, as they unfolded.

As a terrorism expert and the founder of the non-profit organization American Congress for Truth, Brigitte travels widely and speaks regularly on topics related to the Middle East. She has appeared extensively on television and radio, and has given hundreds of lectures nationally and internationally. She lives in the Washington, DC area. 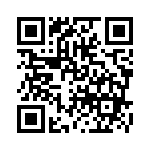