Jennifer L. Lawless is an Associate Professor of Government at American University, where she is also the Director of the Women and Politics Institute. Her research focuses on political ambition, public opinion and women and politics. Her articles have appeared in the American Journal of Political Science, Perspectives on Politics, Political Research Quarterly, Legislative Studies Quarterly, The Journal of Politics and Women and Politics. She is the current editor of the journal Politics and Gender. She is also the co-author of It Still Takes a Candidate: Why Women Don't Run for Office (Cambridge University Press, 2010) and It Takes a Candidate: Why Women Don't Run for Office (Cambridge University Press, 2005) with Richard L. Fox. She is a recognized speaker on the subject of electoral politics, frequently discussing these issues on national and local television and radio. Her scholarly analysis and political commentary have been quoted in the New York Times, the Wall Street Journal, the Washington Post, USA Today, The New Republic, the Chronicle of Higher Education and the Boston Globe, as well as on the Web sites of CNN, MSNBC and FOX News. In 2006, she sought the Democratic nomination for the US House of Representatives in Rhode Island's second congressional district. 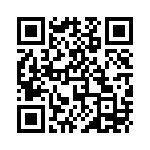