Before they could vote: American women's autobiographical writing, 1819-1919

Smith and Watson, professors at the University of Michigan and the Ohio State University respectively, have culled from a wide spectrum of American women's autobiographical writing of the 100 years ... Les hele vurderingen

Sidonie Smith is Martha Guernsey Colby Collegiate Professor of English and Women's Studies and chair of the Department of English at the University of Michigan. Julia Watson is associate professor of comparative studies at The Ohio State University. Their several previous books include Reading Autobiography and Women, Autobiography, Theory: A Reader. 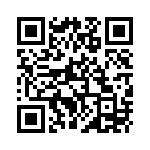