Little is known about the poet.

Stanis³aw Korab-Brzozowski was born in 1876, in Lattakia, Syria. Both his father, Karol, and his brother, Wincenty, were noted poets.

Stanis³aw Korab-Brzozowski was not only a poet but also a translator of poetry; he translated Baudelaire and Verlaine, among others. He was, furthermore, an editor of two periodicals in Lviv, where he lived.

In 1901, he committed suicide by taking poison. Tadeusz Boy-¯eleñski, a distinguished Polish poet and translator, claimed that the suicide had been caused by a tragic love affair. 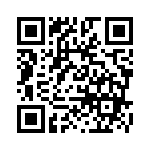