There is a small possibility I will visit Berlin in the next year or so. It is hard to imagine the contrary Berlin of the 1920's. Beautiful girls dressed in flapper style, kicking it up in glitzy ... Read full review

An interesting collection of anecdotes about Berlin during the Weimar Republic. The author devotes each chapter to a year, but really the book is arranged thematically, as he ties each year to some ... Read full review

Otto Friedrich, born in 1929 in Boston, majored in history at Harvard, where he received a degree magna cum laude in 1948. He went to Europe and worked for the Stars & Stripes in Germany and United Press in Paris and London. Returning to New York, he served as an editor at the Daily News, Newsweek, and the Saturday Evening Post. He was managing editor at the Post from 1965 until the magazine's suspension in 1969. Friedrich's account of the Post's last years, Decline and Fall, appeared in 1970 and was hailed as `a classic of American journalism.' It won the George Polk Award as that year's best book on the press. Among his other books are Before the Deluge: A Portrait of Berlin in the 1920s (1972); Going Crazy: A Personal Inquiry (1976); The End of the World: A History (1982); City of Nets: A Portrait of Hollywood in the 1940s (1986); Glenn Gould. A Life and Variations (1990); Olympia. Paris in the Age of Manet (1992); and The Kingdom of Auschwitz (1994). Friedrich also wrote two novels and, in collaboration with his wife, nine children's books. 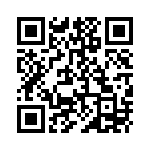