Whereas others promote one good idea per book, this attempts to go a couple of orders of magnitude further through 111 plays. It is well-structured in ten complementary parts about startups, marketing, events, sales, tech, corporate philanthropy, globalism, finance, leadership, and success. These are also distilled into a 5-step approach called V2MOM, an acronym for vision, values, methods, obstacles, and measures. The stories cover the essential do’s and don’ts learnt from the previous decade, e.g. surviving the dotcom collapse and getting to a billion in sales. Co-writer Adler’s journalistic writing style matches the task pretty well. The tone is very optimistic and the ambition catchy. An initial goal was to eliminate software. The cloud industry is reportedly expected to be 150B by 2013 and to change the order of battle among vendors whose market caps are now MSFT 260B, GOOG 180B, ORCL 128B, AMZN 58B, beside Salesforce’s 10B. The cloud may still not be easy to define after this, it does not appear in the index, but the notion of an industrial platform for web businesses is demonstrated, such as turning applications into enterprises and vice-versa. It raises interest in further economic metrics such as additional IPOs, spinoffs, verticals (the introduction is by Dell), global e-commerce apps, and issues about cross-platform services, administrative regulations such as. how censorship requirements have affected Google, or how success is a magnet for security challenges, e.g. for Microsoft. The topic of collaboration fits nicely into social networks so this will probably enjoy further popularity. Thanks.

Marc R. Benioff is the chairman and CEO of salesforce.com (NYSE: CRM), which he cofounded in 1999. Under Benioff's direction, salesforce.com has grown from a groundbreaking idea into a publicly traded company that is the market and technology leader in enterprise cloud computing. Salesforce.com has received a Wall Street Journal Technology Innovation Award, been lauded as one of BusinessWeek's Top 100 Most Innovative Companies, been named No. 7 on the Wired 40, was selected for the past two years as a Top Ten Disrupter by Forbes, and been voted one of the world's most ethical companies by Business Ethics Magazine. Benioff is the recipient of many awards for pioneering innovation, including the 2007 Ernst & Young Entrepreneur of the Year. In 2000, Benioff launched the Salesforce.com Foundation now a multimillion-dollar global organization. He lives in San Francisco.

Carlye Adler is an award-winning journalist whose articles have appeared in BusinessWeek, Departures, Fast Company, Fortune, Forbes, Portfolio, Wired, and Time. She cowrote, with Marc Benioff, The Business of Changing the World. She lives in New York City. 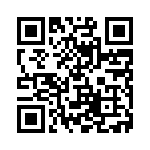