M. Rose Peluso is a former Catholic Religious Sister (Nun), Educator and Graphic Artist. "Behind the Tapestry" is her debut book. Her poem entitled, "The Meaning of Friendship" was featured in Sparrowgrass Poetry Forum's Poetic Voices of America Anthology, Summer 1991. M. Rose holds a B.F.A. from William Paterson University in NJ, a Master's Degree in Pastoral/Spiritual Theology from a seminary outside of Philadelphia and is a Certified Christian Life Coach.

She has been a chronic pain sufferer for over 22 years. Her rare, debilitating, intractable condition is known as Pudendal Neuropathy. M. Rose has written this memoir in hopes of helping other chronic pain sufferers. This is God's story as much as it is hers and she wants to encourage others in their relationship with the Lord.

She currently lives in NJ on the Jersey Shore with her mother and lovebird, Cheekie.

To learn more about Pudendal Neuropathy, the author's journey, or to view pictures of Sister Maryanne, as well as a place to leave a comment/review, please be sure to reach out and like us on Facebook. 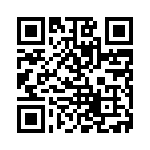