A decent book, but it's in that unusual category of books where the movie is better than the book. The plot line of the movie is tighter, and Peter Sellers gives a truly great performance to make the character believable. Read full review

Page 7 - No plant is able to think about itself or able to know itself; there is no mirror in which the plant can recognize its face; no plant can do anything intentionally: it cannot help growing, and its growth has no meaning, since a plant cannot reason or dream.
Appears in 7 books from 1970-2003 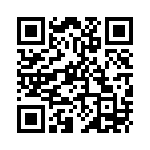