Florian Mühlfried teaches in the Caucasus Studies Program at the Friedrich Schiller University of Jena. Previously, he was a research assistant at the Max Planck Institute for Social Anthropology and a visiting professor at the University of Campinas, Brazil. He is he author of Post-Soviet Feasting: The Georgian Banquet in Transition (2006, in German) and co-edited Exploring the Edge of Empire: Soviet Era Anthropology in the Caucasus and Central Asia with Sergey Sokolovskiy (2012). 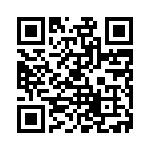