Andrew Wilson is reader in Ukrainian studies at the School of Slavonic and East European Studies. He is the author of The Ukrainians, Virtual Politics, and Ukraine’s Orange Revolution, all published by Yale University Press. 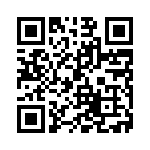