MARTIN SICKER is a private consultant and lecturer who has served as a senior executive in the U.S. government and has taught political science at American University and The George Washington University./e Professor Sicker has written extensively in the fields of political science and international affairs, with a special focus on the Middle East. He is the author of sixteen earlier books and is presently associated with the Denver Institute for Jewish Studies. 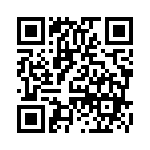