Review: Between Women: Friendship, Desire, and Marriage in Victorian England

Truly makes one look differently at history, gender roles and the institute of marriage... Eye opening AND entertaining! Recommended for anyone interested in women's studies, history and/or the Victorian era. Read full review

Sharon Marcus is Associate Professor of English and Comparative Literature at Columbia University. She is the author of Apartment Stories: City and Home in Nineteenth-Century Paris and London. 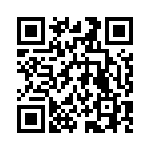