Dr. Bates was a founding member of the Cognitive Science Department at University of California at San Diego (the first of its kind in the world), the Director of the federally-funded UCSD Project in Cognitive and Neural Development, a founding co-director of the innovative Joint Doctoral Program in Language and Communicative Disorders at San Diego State University and UCSD, and the Director of the Center for Research in Language and Professor of Cognitive Science at UCSD. With strengths in developmental psychology, linguistics, neurology, and cognitive science, she carried out many creative and influential collaborative studies on the interrelations among language acquisition, brain function, symbolic growth, and other key aspects of development. During her extensive career, she directed cross-linguistic studies on 4 continents and authored or co-authored 10 books and more than 200 scientific publications. Her work was interdisciplinary, influencing diverse fields such as neuroscience, linguistics, biology, psychology, computer science, and medicine. 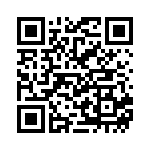