Much food for thought in this scary time where it seems like people spend less and less time on the contemplation of harmony and conservation and react violently over the smallest detail, screaming ... Pųečķst celou recenzi

This is a really tremendous little book. If a person is absolutely positive that one particular "brand" of religion has all the correct answers, then this is probably not a book for them. But for anyone who has questions and searches for peace within the questions, this book is a great one. Pųečķst celou recenzi

Tenzin Gyatso, His Holiness the Fourteenth Dalai Lama, is the spiritual and temporal leader of the Tibetan people. His tireless efforts on behalf of human rights and world peace have brought him international recognition. He is the recipient of the Raoul Wallenberg Congressional Human Rights Award, the Albert Schweitzer Award, the Congressional Gold Medal, and the Nobel Peace Prize. 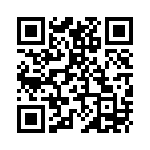