An excellent reminder of what all believers are called to be: servant leaders. This is a great study for anyone. Read full review

áAt age eleven, Ken Collier accepted Christ as his Savior at a Christian camp in Alabama. In the years to follow, the Lord continued to use camp ministries to mold his life in service for the Lord.á After receiving a degree at Bob Jones University, Ken joined the full-time staff of The WILDS in North Carolina, where he now serves as the camp director. In addition to his camp responsibilities, he is a deacon in his local church where he teaches the adult Sunday School class. He and his wife, Mardi, have three sons and one daughter.ááááááá Matt Williams is Associate Pastor of Tri-City Ministries in Independence, Missouri where he has served for thirty-two years.á He is also Executive Director of the Mid-America Association of Christian Schools and the Missouri Association of Christian Schools. He has spoken at numerous churches, conventions, and the American Association of Christian Schools Student Leadership Conferences across the nation.á He is the author of How to Be a Team Player and Enjoy It. Pastor Williams and his wife, Donna, have been married for thirty-three years and have five children. 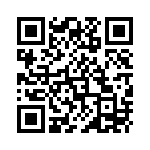