Adonia Lugo, PhD is an urban anthropologist, bicyclist, and activist in Los Angeles. She collaborates to envision a sustainable transportation future centered in the needs and experiences of historically marginalized communities and people of color like her. She has written extensively on the socioeconomic implications of bicycling. Check out her website at UrbanAdonia.com. 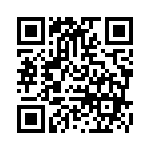