Brian J. Cole, MD, MBA is a Professor in the Department of Orthopedics with a conjoint appointment in the Department of Anatomy and Cell Biology at Rush University Medical Center in Chicago, Illinois. He is the Section Head of the Cartilage Research Program at Rush University Medical Center and the Cartilage Restoration Center at Rush, a multidisciplinary program specializing in the restoration of articular cartilage and meniscal deficiency. He also serves as the head of the Orthopedic Master's Program and trains residents and fellows in sports medicine.

Dr. Cole received his MD and MBA from the University of Chicago in 1990, completed his residency at The Hospital for Special Surgery in New York in 1996, and completed his Sports Medicine Fellowship at the University of Pittsburgh in 1997. He specializes in arthroscopic shoulder, elbow, and knee surgery. He has a specific interest in arthroscopic reconstruction of athlete's shoulder (rotator cuff, instability, and arthritis), elbow, and knee. He is the principal investigator for numerous FDA clinical trials and regularly performs basic science research.

He has authored and edited several hundred peer-reviewed publications, including highly recognized orthopedic textbooks on arthroscopy, sports medicine, and cartilage transplantation. His publications also include nearly 1000 book chapters, technique papers, and presentations describing the techniques and results of shoulder, elbow, and knee surgery. Dr. Cole lectures and teaches the techniques of cartilage restoration and shoulder arthroscopy on a national and international level. He also is a member of numerous national societies and serves on the Board of the American Academy of Orthopedic Surgeons and assumes many high level positions on society organizing committees.

Dr. Cole was chosen as one of the "Best Doctors in America" each year since 2004 and as a "Top Doctor" in the Chicago Metro area each year since 2003. In 2006, he was featured as "Chicago's Top Doctor" and placed on the cover of Chicago Magazine. Dr. Cole is the team physician for the Chicago Bulls NBA Basketball team and DePaul University in Chicago, and is co-team physician for the Chicago White Sox Major League Baseball team.

Andreas Gomoll, MD is Assistant Professor of Orthopaedic Surgery at Brigham and Women's Hospital and Harvard Medical School in Boston, Massachusetts. He is part of the Cartilage Repair Center, which specializes in treating patients with complex osteochondral and meniscal injuries. His clinical and research interests lie in the optimization of cartilage and meniscal repair techniques.

Dr. Gomoll received his MD from Ludwig-Maximilians-Universität in Munich, Germany in 1997. He then spent 2 years in the Orthopaedic Research Laboratory at Brigham and Women's Hospital in Boston, Massachusetts before joining the Harvard Combined Orthopaedic Residency Program, from which he graduated in 2005. He completed a fellowship in Sports Medicine at Rush University in Chicago, Illinois, before returning to Brigham and Women's Hospital as attending orthopaedic surgeon in 2006. He has authored and coauthored multiple publications, book chapters, and reviews on the topic of cartilage repair and reconstruction. 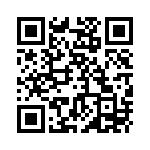