68 other sections not shown

Amiri Baraka was born Everett LeRoi Jones on October 7, 1934, in Newark, New Jersey. He went to college at New York University and Howard University. After serving in the Air Force for more than two years, he was dishonorably discharged for reading communist texts. He attended graduate school at Columbia University and became involved in the Beat scene. In 1958, he founded the poetry magazine Yugen. He changed his name after the 1965 assassination of Malcolm X. He founded the Black Arts Repertory Theatre and School and led the Black Arts Movement, an aesthetic sibling to the Black Panthers. In 1964, Baraka's play, The Dutchman, won an Obie Award for Best American play and it was adapted into a film in 1967. His other plays include The Black Mass, The Toilet, and The Slave. His collections of poetry include Black Art, Black Magic, Home: Social Essays, and Preface to a Twenty-Volume Suicide Note. He received several awards during his lifetime including a PEN/Faulkner Award, a Rockefeller Foundation Award for Drama, and the Langston Hughes Award from City College of New York. In 1980, he began teaching at the State University of New York-Stony Brook, retiring from its African Studies department in 1994. He also taught at Rutgers University, George Washington University, Yale University, San Francisco State University, Columbia University, and the New School for Social Research. In 2002, he was named New Jersey's second poet laureate, but soon afterward became the center of a controversy concerning his 9/11 poem Somebody Blew Up America. He died after weeks of failing health on January 9, 2014 at the age of 79. 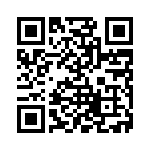