The dispute over Nagorno Karabakh is a complicated issue between Armenia and Azerbaijan. What de Waal has done here is present a neutral account of the war, without favouring either side, a rarity in ... Read full review

Review: Black Garden: Armenia and Azerbaijan Through Peace and War

This tells the 'true' story of the Azerbaijan/Armenian conflict. I'm reading it for obvious reasons. Read full review

Thomas de Waal has reported on Russia and the Caucasus since 1993 for the Moscow Times, The Times of London, The Economist, and the BBC World Service. He is currently Senior Associate, Caucasus at the Carnegie Endowment for International Peace. His publications include, most recently, The Caucasus: An Introduction. 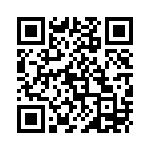