John Gibbs St. Clair Drake (1911-90) was a sociologist and anthropologist who founded African American Studies programs at Roosevelt University and Stanford University. His books included Social Work in West Africa, Race Relations in a Time of Rapid Social Change, and Black Religion and the Redemption of Africa.

Richard Wright was generally thought of as one of the most gifted contemporary African American writers until the rise of James Baldwin. "With Wright, the pain of being a Negro is basically economic---its sight is mainly in the pocket. With Baldwin, the pain suffuses the whole man. . . . If Baldwin's sights are higher than Wright's, it is in part because Wright helped to raise them" (Time). Wright was born on a plantation near Natchez, Mississippi, the son of a sharecropper. At the age of 15, he started to work in Memphis, then in Chicago, then "bummed all over the country," supporting himself by various odd jobs. His early writing was in the smaller magazines---first poetry, then prose. He won Story Story's $500 prize---for the best story written by a worker on the Writer's Project---with "Uncle Tom's Children" in 1938, his first important publication. He wrote Native Son (1940) in eight months, and it made his reputation. Based in part on the actual case of a young black murderer of a white woman, it was one of the first of the African American protest novels, violent and shocking in its scenes of cruelty, hunger, rape, murder, flight, and prison. Black Boy (1945) is the simple, vivid, and poignant story of Wright's early years in the South. It appeared at the beginning of a new postwar awareness of the evils of racial prejudice and did much to call attention to the plight of the African American. The Outsider (1953) is a novel based on Wright's own experience as a member of the Communist party, an affiliation he terminated in 1944. He remained politically inactive thereafter and from 1946 until his death made his principal residence in Paris. His nonfiction writings on problems of his race include Black Power: A Record of Reactions in a Land of Pathos (1954), about a visit to the Gold Coast, White Man, Listen (1957), and Twelve Million Black Voices: A Folk History of the Negro in the United States. 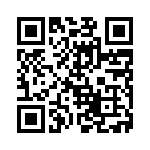