BLOOD KINDRED: W.B. Yeats: The Life, the Death, the Politics

A cogent—and densely scholarly—political study by Dublin historian and librarian Mc Cormack that delves uneasily into Yeats's flirtation with fascism and eugenics. By the end of Yeats's life, in ... Read full review

Blood kindred: W. B. Yeats: the life, the death, the politics

According to McCormack (The Silence of Barbara Synge ), the purpose of this book is "to explain biographically how the poet came about." As part of a series exploring Irish literary history with ... Read full review

W. J. McCormack is former Professor of Literary History and head of the English Department at Goldsmith's College, University of London. His publications include A Festschrift for Francis Stuart (1972), Sheridan Le Fanu and Victorian Ireland (1980, 1991 and 1997), Ascendancy and Tradition in Anglo-Irish Literary History (1985), From Burke to Beckett (1993), Fool of the Family: A Life of J. M. Synge (2000) and The Silence of Barbara Synge (2003). He is also the author of a number of volumes of poetry under the name Hugh Maxton. 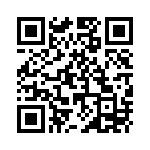