I finished reading Blood Memory, the Martha Graham autobiography. I've got the Sceptre edition with many wonderful photographs from her career. A full and fascinating life is described, not without ... Read full review

``People have asked me why I chose to be a dancer. I did not choose. I was chosen to be a dancer, and with that, you live all your life.'' This is Martha Graham, all right: intense, imperious ... Read full review

Not only is Martha Graham correctly identified as a pioneer of modern-dance, but she must also be termed the progenitor of modern dancers and modern dance companies. More than 35 of her students and dancers have become noted choreographers or directors of dance companies. Born in Pittsburgh, Pennsylvania, Graham trained in Los Angeles at the Denishawn School founded by Ruth St. Denis and Ted Shawn and danced with the Denishawn Company until 1926, when she made her independent debut in New York City. Her early work, such as Lamentation (1930), made a great contribution to the American Constructivist movement and to the development of modern dance. During the 1930s, Graham was influenced by Native American life and mythology, and this influence was evident throughout her career in such works as Two Primitive Canticles, Primitive Mysteries, Ceremonials, and Appalachian Spring (1958). Much of her work also reflects the early American pioneer spirit and is based on historical characters. This influence can be seen as the inspiration for such works as American Provincials, Frontier (1935), and American Document. Graham used her own dance company not only as a showcase for her work, but also to train dancers in her own method, which was to give physical substance to emotions and to use every aspect of the body and mind---movement, breathing, and muscular control---to dramatic purpose. Through the Martha Graham School of Contemporary Dance, her method of training has been widely adopted in dance schools and college dance programs throughout the world. 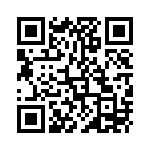