An enjoyable and exhilerating romp through the social history of Britain, with plenty to amaze, delight, and sadden, too .. also many a sweeping statement which makes you wonder about the accuracy of ... Read full review

The story of the way Britain has been settled and influenced by foreign people and ideas is as old as the land itself. In its original important and inspiring book, Robert Winder tells the remarkable migrations that have founded and defined a nation. Read full review

Robert Winder was literary editor of the INDEPENDENT for 5 years. He has written three novels, No Admission, The Marriage of Time and Convenience and The Final Act of Mr. Shakespeare. Winder is also the author of three works of nonfiction, Bloody Foreigners, Open Secrets and The Last Wolf. 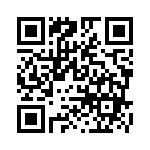