Hasan Kwame Jeffries is Associate Professor of History at The Ohio State University, where he holds a joint appointment at the Kirwan Institute for the Study of Race and Ethnicity. 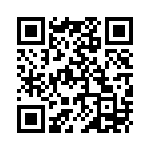