Tom Twomey, Series Editor of the East Hampton and Riverhead Historical Collections, is the President of the East Hampton Library and former East Hampton Town Historian. Having spent his childhood at the family's summer home on the North Fork, Tom began practicing law in Riverhead shortly after graduating from Columbia Law School in 1970. In 1993, he was appointed by the Governor of New York to serve as chairman of the East End Economic and Environmental Task Force to boost the local economy and to preserve the rural character of the East End. Twomey, Latham, Shea & Kelley is the largest law firm in eastern Suffolk in Long Island, New York. 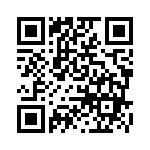