Beverly Behan has worked with nearly 200 Boards of Directors over the past 24 years, primarily boards of public companies trading on the NYSE, Nasdaq, TSX and other stock exchanges. She has not only watched but led the development of board and director evaluations over a career advising boards that spans nearly more than two decades. Beverly's clients range from the Fortune 500 to recent IPOs and while most are based in North America, she has also worked with boards in the Middle East, Southeast Asia and Latin America. Beverly began her governance career with Mercer Consulting in Vancouver, became a partner in the Corporate Governance practice of Mercer Delta in New York and later served as Global Managing Director of the Board Effectiveness Practice for the Hay Group. Roughly ten years ago, she founded her own practice, Board Advisor, LLC. Her last book, "Great Companies Deserve Great Boards" (Palgrave MacMillan, 2011) was named Governance Book of the Year in the United States by Directors and Boards magazine. Beverly has been based in New York City for the past 20 years and has dual Canadian/US citizenship. 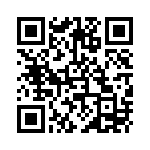