Claudia Baldoli is Senior Lecturer in History at Newcastle University, UK. Richard Overy is Professor of History at the University of Exeter. He has published more than 25 books on the history of air power, the Second World War and the European dictatorships. His most recent books include The Morbid Age: Britain and the Crisis of Civilisation 1919-1919(2009) and 1939: Countdown to War (2009). He was the winner of the Wolfson Prize for history in 2004 and in 2010 was awarded the James Doolittle Award for his contributions to aviation history. He is a Fellow of the British Academy. Andrew Knapp is Professor of French Politics and Contemporary History at the University of Reading, UK. 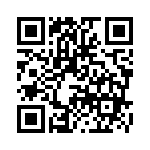