Peter Adams began his art career in the 1950's at the age of 12 in England gaining a graduate degree from the Farnham School of Art followed by a post-graduate degree in painting from the Royal Academy Schools in London in 1962. In his home country of England, Peter has had a varied career in the arts where he worked at portraiture, cartooning, advertising, TV, teaching and as a Bonsai nurseryman for 25 years. He now lectures worldwide and is a best selling author on the subject of Bonsai as an art medium. Currently Peter is painting in acrylics, oils and pastels. His work is hanging in private collections throughout Great Britain and the United States. He has most recently been commissioned for portraiture, mural works and theatre set designs in Wisconsin and Washington. 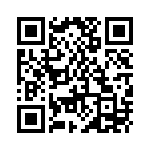