Benita Samperdro Vizcaya is Associate Professor of Colonial Studies in the Department of Romance Languages and Literatures at Hofstra University. Her research interests focus on issues of Spanish colonialism in both Africa and Latin America, specifically on processes of decolonization and postcolonial legacies. She has published extensively on empire, exile, colonial discourse and resistance, and most recently on topics relating to Equatorial Guinea, the only African state where Spanish remains the official language. She is currently working on a book manuscript entitled Spanish Colonialism, African Decolonizations, and the Politics of Place.

Simon Doubleday is Associate Professor of History at Hofstra University, and Executive Editor of the Journal of Medieval Iberian Studies. He is author of The Lara Family: Crown and Nobility in Medieval Spain (Harvard, 2001), and co-editor, with David Coleman, of In the Light of Medieval Spain. Islam, the West, and the Relevance of History (Palgrave, 2008). He is currently completing a post-empirical study of the thirteenth-century border-crossing Castilian courtesan María Pérez, 'La Balteira.' 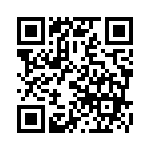