MAB SEGREST is a writer, teacher, and organizer who has published three books, most recently Memoir of a Race Traitor, which was named an Outstanding Book on Human Rights in North America and was Editor's Choice for the Lambda Literary Awards. 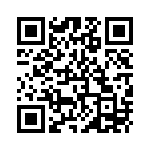