amazing information about what slavery was like for one woman; clear that individual stories varied greatly; and what escaping was like Kind of drags in the part about her later years. Read full review

I loved this well researched story of Harriet Tubman's life and work. I felt as though I had a privileged insight into the woman who fought such a courageous & dangerous battle for her people.. The ... Read full review

Kate Clifford Larson has spent years researching the life and times of Harriet Tubman. She earned her doctorate at the history department of the University of New Hampshire. A graduate of Simmons College and Northeastern University, Larson has won numerous academic awards and fellowships in support of her work. This is her first book. She lives in Winchester, Massachusetts. 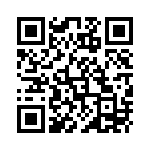