Stephanie Burkhart was born in Manchester, New Hampshire. She received a B.S. in Political Science from California Baptist University in 1995. She served in U.S. Army from 1986-1997, spending seven years in Germany. Her interests include exploring European history and watching Dancing with the Stars. Stephanie lives in California and works for LAPD's Communications Division as a 911 Dispatcher. She's married with two young sons. 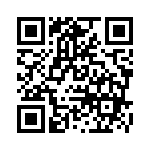