Patrick Brantlinger is James Rudy Professor of English (Emeritus) at Indiana University. He is the author of many books, including Dark Vanishings, Fictions of State, Rule of Darkness, and Bread and Circuses, all from Cornell. 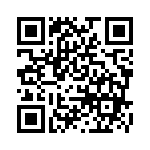