I found the book interesting and easy to read due to the content and good writting. Being a tennis fan I found the book to show the reasons the commentators use very positive words describing James Blake. James his mother and brother are always shown respect when referring to them. Read full review 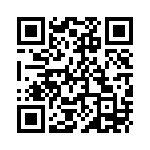