Nathan Blumenthal was born on April 9, 1930 in Brampton, Ontario, Canada. He received a master's degree at New York University and a doctorate from the California Graduate Institute. He wrote Ayn Rand a letter while attending college in California. She responded and they became philosophical soul mates, lovers, and business associates. At Rand's suggestion, he changed his name to Nathaniel Branden. In 1958, he started the Nathaniel Branden Institute, where he helped repackage her ideas into lectures, recordings, books, and articles. Their collaboration and affair ended in 1968. He started promoting a revised version of their early ideas, shifting the emphasis from self-interest to self-esteem. He started the Institute of Biocentric Psychology and wrote a book entitled The Psychology of Self-Esteem. He wrote numerous books including The Six Pillars of Self-Esteem, Taking Responsibility, The Art of Living Consciously, and Judgment Day: My Years with Ayn Rand. He died from complications of Parkinson's disease on December 3, 2014 at the age of 84. 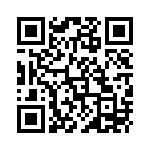