Patricia Anstett is an experienced medical writer who worked 40 years in newspaper journalism in Chicago, Washington D.C. and Detroit, her hometown. For the last 22 years of her professional newspaper career she was a medical writer for the Detroit Free Press, retiring in 2011. Her award-winning stories covered various aspects of breast cancer and breast implant surgery. The American Society of Plastic Surgeons honored her work in 1995 with an unsolicited national award. The same year, she also received the Vivian Castleberry Award, a national competition honoring top reporting on women’s issues, for her coverage of new breast biopsy options. The American Cancer Society and the Barbara Karmanos Cancer Institute each have given her awards for the accuracy and comprehensiveness of her breast cancer reporting. Anstett’s reporting has won national, state and local awards for breaking news, beat, and feature writing. She has been honored as Journalist of the Year, Detroit chapter, Society of Professional Journalists, and received the top Headliner award from the Detroit chapter of Women in Communications. Her freelance articles have appeared in the Reader’s Digest; the National Observer; the Chicago Tribune; Washingtonian magazine; and Paris MatchShe was part of a reporting team that published The Suicide Machineabout the first 47 patients to seek help from the late Dr. Jack Kevorkian.

Kathleen Galligan, photographer, is a two-time Emmy award-winning photographer and videographer who specializes in women’s health, social justice, mental health, poverty, and juvenile justice issues. A single mother with two sons, Galligan worked as a newspaper and plastic surgery center photographer before joining the Detroit Free Press in 2002. Her first online documentary project, "Christ Child," about a residential treatment center for severely abused and neglected boys, was awarded a national news and documentary Emmy in 2009. Her work also has captured a National Headliners Award in journalistic innovation as well as numerous national and state awards in photography. 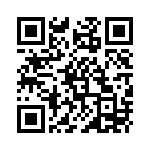