Lynn C. Klotz is senior science fellow with the Center for Arms Control and Non-Proliferation. Edward J. Sylvester is a science journalist and the author of three books on cutting-edge medical research, as well as the highly acclaimed The Gene Age, in which he and Lynn Klotz introduced lay audiences to the emerging biotechnology revolution. 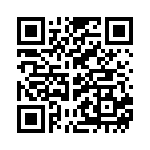